HOW DO NATIONAL SCHOOL BUSES OPERATE?

Theschool bus system has been implemented for many years in some foreign cities and has a complete set of complete and mature mechanisms. For example, Yokohama, Japan, in order to avoid students and long-term families, vehicles arrive early, late will be alerted in sequence; or, in Western Australia, school bus contractors if not strict management of the driver, will be directly locked up in prison. What means of transportation do foreign children take to and from school? How are their school buses safe? In recent days, we interviewed some friends from the United States, Japan, Australia and other countries, and looked up a lot of information from the official website of the school bus in these countries. Different national conditions, other mountain stones may not be able to attack jade, but There is always something in common.

In France, in addition to school bus services, the local government also provides heavy subsidies for children who take buses to and from school. Earlier, Ms. Zhang left her hometown of Hangzhou with 7-year-old Mo and flew to Provence, France, in preparation for the upcoming semester. The family lived in a village called La Briana, and Little Mo studied at the Provence Alpine Blue Coast International School in a small town 10 kilometers away. Because there is no school bus, every day before work, the lady will drive Xiao Mo to school, more than 20 minutes to arrive. In Provence, where most families are close to school, children can choose to sit down, Ms. Zhang said. Common means of transport This is also encouraged by the French government, which has even proposed a "partial school travel tax reduction" to reward students using public transport.

Of course, the local government has also set up a school bus line, one class each day for students under the age of 15. School bus drivers must pass a strict driving test and have a provincial school bus driver's license to get on duty. In France, parents who meet certain conditions can also apply for transport subsidies. The family now receives around 300 euros a month, or 2778 yuan, for three or four years. There are two situations that need to be noted in particular. First, local children will not be able to apply for transportation assistance if they choose to attend school rather than near school. Second, if the child has a disability, you can't use the normal traffic. Tools, then, he will receive a full transport subsidy, even if the day-to-day school, the cost will be paid by the government. 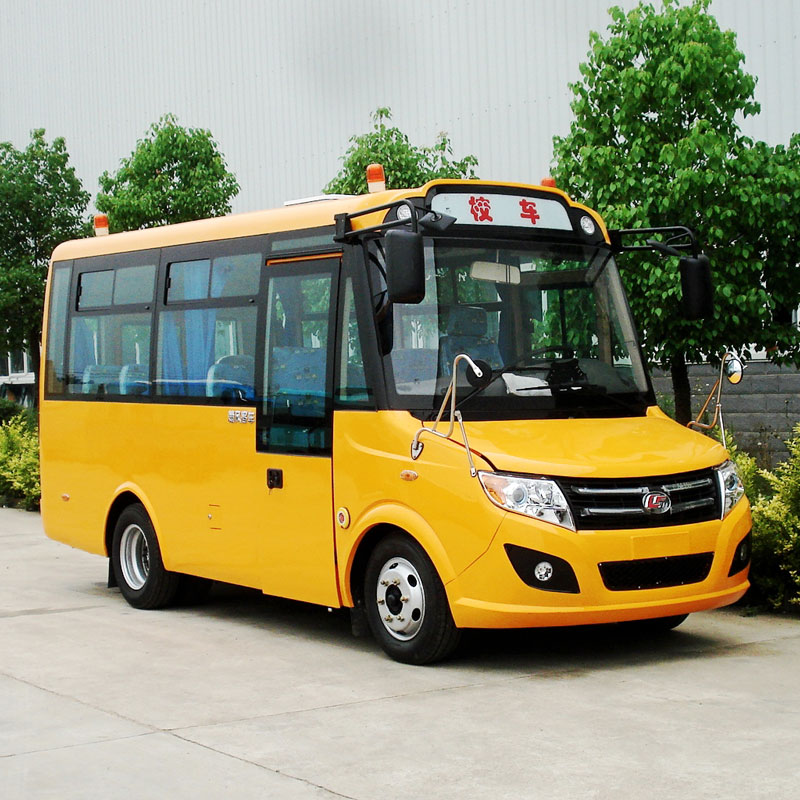 As a country on wheels, there are countless cars Mercedes-Benz in the United States every day. In the middle, there is a national uniform color and the same style of car. This is the school bus. The striking yellow, jammed with bus body, looks strong and steady. According to the official website of the American School bus Association, half-dozen-18-year-olds across the country take school buses.

Some time ago, a few years ago, an old picture began to go crazy on Weibo. The picture shows a intact American school bus and a nearly scrapped Hummer. In November 2006, in the capital of Indiana, a famously tough Hummer crashed into a driverless bus parked on the side of the road. As a result, half of the Hummer's body was crushed, but the school bus was safe and sound. Since then, the American school bus has become famous. In the United States, the federal government and states have laws specifically for school buses, reportedly more than 500. These include rules on the robustness and safety of the school bus, including protection when the bus rolls over, strength of the connecting part of the body, and so on. One The school bus must have "the facilities of the bus, the skeleton of the truck".

In the United States, only public schools usually have school buses. Although Hangzhou girl Lin Di and cousin Nicole, while studying in Reno, Nevada, Lindi, who goes to private high school in Xizhi Mountain, has to be picked up by her family every day, while Nicole, who is in the fourth grade of public primary school, can take the school bus by himself. 08:30 in the morning and around three in the afternoon. Nicole, for example, rides about four hundred and seventy five thousand school buses every day in the United States (according to the American School bus Association's official website). Day after day, they wandered through the city to send children indirectly. At a given upper and exit point, the driver will turn on the warning light first and then turn on the A red octagonal sign with the word "STOP" on the outside.At this point, the road to and from other vehicles, as if see a red light, immediately pull over the side of the car. When the children get off the bus and the school bus leaves, these vehicles will be able to return to traffic, and the president's car is no exception.