English
You are here: Home » News » Knowledge » THE STANDARD OF SPECIAL SCHOOL BUSES 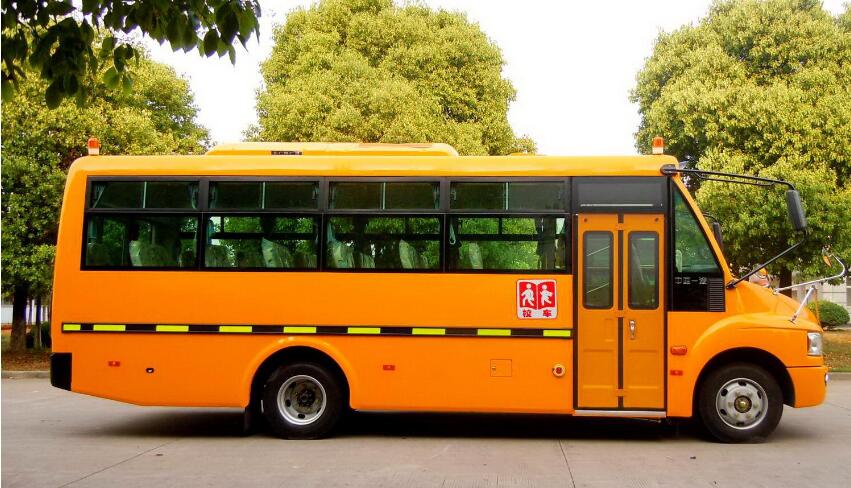 Furthermore, school bus which meets the standard has passed the over-rolling test, so as to avoid the accident caused to the occupants by roll over.

So, the factors should be taken into consideration when inspect special school buses.

First of all, in terms of appearance, most school buses use bright yellow color, which is mainly used to make it more eye-catching on the road, so that other vehicles can avoid it when they see it. In general, the headlights of school buses are also very eye-catching, and there are special signs on the car body, which are easy to recognize.

In addition to the appearance, the school buses also pay great attention to the internal safety. All the seats are made of soft materials, and even the armrest part is treated with soft materials, which can protect the students on the bus from being hurt in the case of accidental collisions. In other cases, the pedal is treated with anti-skid, and the safety belt is a mandatory standard.

For example, school bus windows are generally designed to prevent students head out of the car. And the nature of the windows also varies. In addition, the chassis structure of the school bus is not the same as ordinary vehicles. Chassis clearance from the ground is generally very high, some even more than 1 meter, enhancing its passing and safety. The school bus windows from the njtztechnology are highly qualified, so we will take it as an example.

Firstly, school bus windows should be designed to be fixed in the lower part, and can be broken at any time by the safety hammer provided by the car to escape. The side windows in the passenger area of the school bus should be closed at least one half of the lower part, and the visible light transmission ratio of all windows should be no less than 50%. Furthermore, as strictly required, the glass of school bus must be fixed in the lower half, or it should be completely enclosed glass. And the window glass also has been specially  designed, with a direct push, the whole glass will automatically fall off.