The most important mechanical means of transportation in human history, early called steam locomotives, also known as trains. There are independent tracks. Railway trains can be divided into cargo trucks and passenger cars by load.

In 1804 the world's first steam locomotive was built by British miner Derevsk using Watt's steam engine at speeds of 5 to 6 kilometers per hour. Because coal or firewood was used as fuel at that time, it was called a "train", so it has been used until now. Charlie, an engineer at Cornwall, on February 22, 1840. Trivik designed the world's first real ascendant. In 1879, Siemens Electric of Germany developed the first electric locomotive.

In 1781, train pioneer George. Stephenson was born into an English miner's family. Until the age of 18, he was still illiterate. Despite ridicule, he sat in class with a seven-or-eight-year-old to study. In 1810, he started building steam locomotives. In 1817, When Stephenson decided to host the construction of the Liverpool-Manchester railway line, he used steam locomotives entirely. But conservative railway owners are sceptical about the ability of steam locomotives. They suggested that the tractor fixed on the edge of the railway should be towed by towing the train. Stephenson, in order for people to be full, Believe in the performance of the train, made a good performance of the "Rocket" locomotive. The remarkable performance of the locomotive finally turned the sceptics around, making the Liverpool-Manchester railway the world's first fully steam-powered rail line.

The first coal-fired steam-powered locomotives had a major drawback: coal and water facilities had to be installed along the railway, and a lot of time was spent on adding coal and water to the locomotives in operation. These are all very uneconomical. At the end of the 19th century, many scientists turned to electric and coal-fired steam locomotives. The world's first truly on-orbit steam train was Charlie, an engineer at Cornwall. Trivich designed it. Its train has four power wheels, trial run on February 22, 1840, empty, 20 km per hour, load hour, 8 km per hour (equivalent to the speed of a man's stride). )。 Unfortunately, the weight of the train crushed the track. In 1879, the German Siemens Electric Company developed the first electric locomotive, weighing about 954 kg, and performed only one performance at the Berlin Trade Fair. October 27, 1903, Siemens and General Electric Co., Ltd. developed the first practical electric locomotive put into use. Its speed reached 200 kilometers per hour. In 1894, the first gasoline diesel locomotive was successfully developed in Germany. And it is applied to railway transportation, creating a new era for diesel locomotives. But this kind of locomotive burning gasoline, cost too high, not easy to popularize. 1924 Germany, USA, France and other countries have successfully developed diesel locomotives and are widely used in the world. In 1941, Switzerland developed a new type of fuel turbine locomotive with diesel fuel. And the structure is simple, the vibration is small, and the running performance is good, therefore, it is widely used in the industrial countries. Since the 1960s, all countries have vigorously developed high-speed trains, such as the Paris-Lyon high-speed train in France, which reaches 260 kilometers per hour; The high-speed train from Tokyo to Osaka, Japan, also reached more than 200 kilometers. People are still not satisfied with such a high-speed train. France, Japan and other countries took the lead in the development of maglev train. 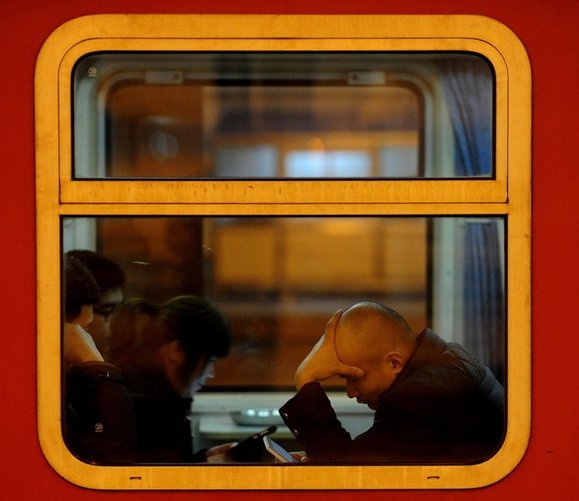 Trains and railways are a pair of brothers today. The locomotive, or steam locomotive, was invented by British inventor Stephenson in 1825. There is a train only when there is a locomotive. But you know, when it comes to the invention of the railway, it's more than half a century before the train! As early as the mid-16th century, Britain's steel industry rose, mining everywhere. At that time, however, the transportation of the mines was still very backward. Iron ore depends on Mara, people back, labor efficiency is very low. There is a company boss, in order to carry more iron ore, think of a way: from the mountain down the slope flat two round logs, let the middle of the same distance, one by one The ground lay at the bottom of the mountain. As the bucket truck filled with ore slid down the two logs, the man on the hill shouted, "look out, the car is coming down." The man at the bottom of the hill also replied loudly, "here comes the bus, OK!" This is the initial wooden track. Wood tracks are easy to make, and transport heavy objects from top to bottom is easy and popular for a while. However, the use of wood tracks on flat ground is less effective and less labor-saving. Moreover, this kind of wood track is not durable, wear and tear big. In 1767, someone tried to use pig iron to replace the wooden track. People called it the railway. The rail is much smaller than the wooden track, It is placed directly on the ground, the wheel of the bucket car is also made of iron, push when ringing, carrying coal, delivery also save effort. However, the contents of the bucket car should not be overweight. Once, a car loaded too much, pressed the rail onto the ground, as a result of the car overloaded, nearly hurt people. What shall I do? It seems that the bearing capacity of the ground must be solved, and the length of the rail must be taken into account. It is in the process of solving these problems, gradually came into being the railway.

The train was heavy, and it was said that if the weight were spread over the sleeper, and then from the sleeper to the "roadbed," the force on the bed would be much less evenly distributed on the roadbed. After this transfer process, the contact area increases gradually, the pressure per unit area decreases accordingly, and the roadbed will not be crushed. The idea of this design is very scientific, it can be said that today's railway is still built on this principle.