English
You are here: Home » News » Knowledge » A BRIEF ANALYSIS OF THE DESIGN AND USE OF SLIDING WINDOW LATTICE ATTENTION

Push the cent case design of pull a window to want to be a few simpler relative to flat window, do not resemble flat window so agile, the factor that considers is much (gold is broken up, hardware bears weight, hold a hand height, human nature is changed design). Push pull window presses the sliding condition that the fan is in slippery course to be able to be divided into: window of monorail push pull, window of double course push pull and window of 3 course push pull. The cent case design of open part of Sliding window can be divided simply into 4 kinds of typical cent case such as window of single, double, 3 and 4 push-pull window, when encountering dimension bigger window model, need the combination design of open part and fixed part. 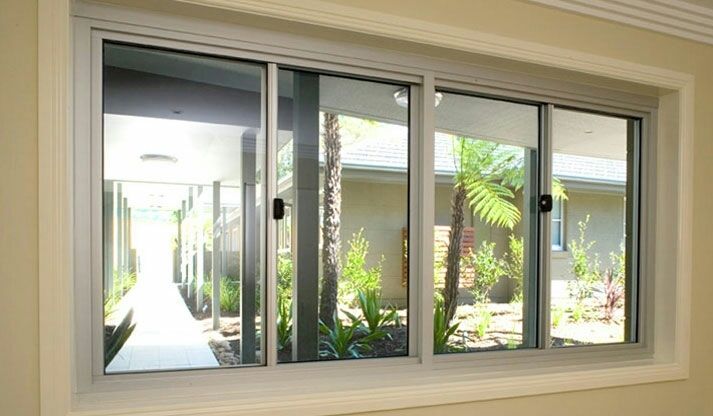 One of the problems that should be considered and paid attention to in the design and use of push and pull Windows is the "sealing" problem in the use process. The sealing problem here is different from the structural sealing of push and pull Windows themselves. This problem mainly exists in the window sash open state, the problem of air catkins, flying insects, mosquitoes and flies and so on sealing. This problem does not exist when the push-pull window is completely closed. One Dan window sash is opened or open not to arrive, push-pull window is to do not have the function that stops catkins, fly, midge fly, although have the existence of screen window. Because sealing wool and fan vertical profile did not form effective seal, bring about clearance existence (gap of model steel window is bigger), formed passageway. Flying catkins, flies, mosquitoes and flies will enter the room along the passage shown in the middle arrow.

Only push and pull fan open to reach the correct position, so that the vertical profile of the fan and another (in the closed state of the fan) on the sealing wool to form an effective seal, there will be no mosquitoes into the indoor situation, so push and pull window in the process of use, the user's operation is also very important. Otherwise, will cause the user to have the wrong understanding to the window itself closely sealing lax.

In some engineering projects, you must have encountered such a window type, the width of the two push-pull fans is not the same, the intent of the design and the window type of the opening rate and ventilation volume is not taken into account, at this time there is a problem of sealing when opening. That is, when fan B is opened, the vertical profiles of fan A and fan B cannot form an effective seal.

There is also no lack of three equal and not equal parts of the three push window, namely on both sides for the mobile fan, the middle for the fixed fan. The width of movable fan is the same as that of fixed fan. Unequal division is fixed fan and mobile fan width is not the same, or fixed fan width is 2 times the mobile fan (not consider more than 2 times the case). Also do not consider open rate and ventilated area, the problem that the window of 3 equal cent exists is when two mobile fan open at the same time, exist likewise the sealing problem below open condition.

Additional, not equal cent cent cent case form, suffer the effect that locks to choose, when be elected to use crescent lock, this problem can appear, be in namely intermediate place is in the crescent lock of same height to be able to affect the open of two side mobile fan reach the position.

Anyhow, always push pull a window the problem that can exist afore - mentioned, want mobile fan to open namely not reach the position (open rate is less than 1) can exist. How to solve and avoid this problem thoroughly? Very simple, want to be in only when the structure that designs push-pull window, put screen window to be outdoor side can. This is what sliding window lattice design is all about