English
You are here: Home » News » Knowledge » THE ORIGIN OF CITY BUS

THE ORIGIN OF CITY BUS

In terms of design and technical characteristics, buses are different from other large and medium-sized passenger cars (such as long-distance buses, tourist buses, group buses, etc.), which have passenger seats and passageways for passengers to stand and move around. Large standing area, wide passageway and entrance, more than two doors, low pedal. In the case of suburban buses, there are more seats than urban buses, as they are mainly used for mid-distance inter-town passenger transport, and there should also be luggage cabins or luggage racks.

The origin of public transport dates back at least to 1826. At the time, a retired officer opened a mill on the outskirts of (Nantes), north-west France, built a public bath with hot water from steam engines for people to bathe, and provided four-wheeled carriages connected to the city centre. When he discovered that people along the way could use his coach, he opened a shuttle route between hotels, allowing passengers and mail to be used freely along the way. 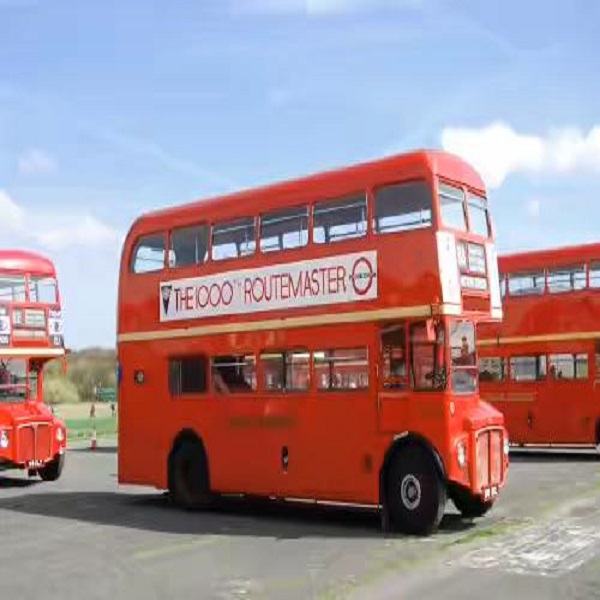 Paris is the leading city for buses, followed by London. On July 4, 1829, the British George Shillibeer's bus, (Omnibus), appeared on the streets of London, along the newly built "new road" (New Road) to and from Birdington Paddington and the bank, and stopped at Yorkshire Stingo, Yorkshire. Four shifts per day in each direction. In less than a decade, this service has become popular in major cities on the east coast of France, Britain and the United States (such as Paris, Lyon, London, New York).

The bus has a great impact on the society and plays a basic role in promoting the development of the city. Buses allow citizens to experience unprecedented proximity to each other and shorten the distance between the city and neighbouring villages and towns.

The buses of the 19th century were drawn by horses. The road at that time limited the comfort of the bus. In 1881, Werner von Siemens, a German, invented the tram, which made the bus meet its first enemy since it appeared, because the bus was walking on a rough stone road. The tram was running on a smooth track. By the beginning of the 20th century, motor traffic experiments had been successful and buses had begun to be powered by engines. Today, the vast majority of buses are still powered by diesel engines. In recent years, some countries have begun to develop buses powered by LPG, natural gas and even electricity. In 1827, a bathroom in Paris, French Republic,  During the years, the United States opened up a number of long-distance bus routes to connect areas without railways. Early buses generally can carry more than 20 people more comfortable.

With the rapid development of economy, science and technology and the improvement of people's living standard, the demand for bus becomes higher and higher. With the expansion of the population, the role of the bus is becoming more and more prominent. Bus provides convenience and speed for people to travel. At present, bus is an important bridge that runs through people's daily life. But now, there are often no change on the bus, no seats, crowded and so on. While the bus consumes energy, it also emits harmful gases to people. This not only has an unparalleled impact on resources and the environment, but also on people. The class itself has a great impact. So in the future development route of bus, intelligent, humanized, environmentally friendly bus will gradually replace the current high energy consumption and high pollution bus, and will become the mainstream of future development.